The 2012 Suncheon Photo Club, 순천 포토 클럽, group exhibition started yesterday afternoon in 순천시 문화건강 센터.  With nearly 50 photographs on display for the public to view at no charge, the event marked the 4th year of SPC conducting an exhibition for its members.
The heavy thunderstorm that blanketed the city kept a lot of people away.  That was unfortunate, because I was struck by the quality of the work of the photographers, and I was very impressed with the mounting and framing of the finished pieces.  There happens to be a lot of talented men and women who are members of the club.  I was happy to see my friends who braved the elements to attend the event.
Prior to the start of the opening reception at 3 p.m., I took some photos of the venue. 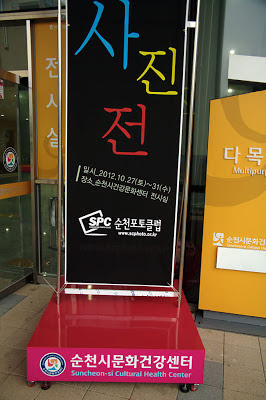 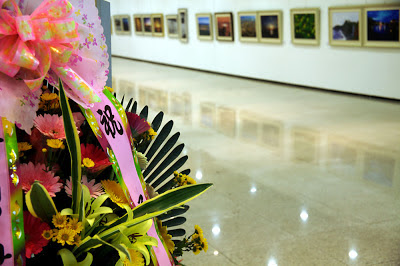 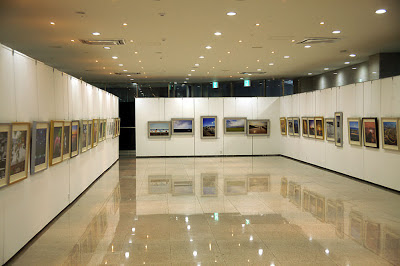 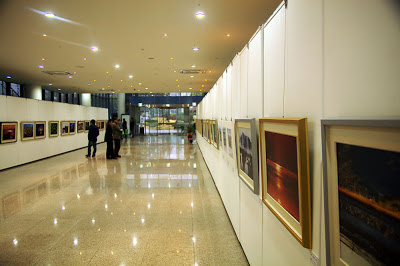 All the photographs above are © Mark Eaton
My wife and I were photographed by the president of the Suncheon Photo Club, 김학수 (He is the gentleman facing the camera holding the cup in the photo above), as we stood next to the two pieces I am showing at the event. 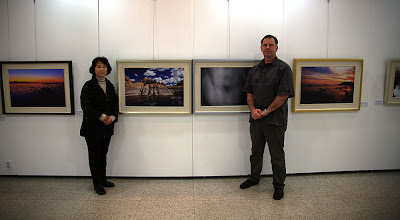 
The color photograph next to my wife is titled, Dwindling II, and it is part of my Water and the Sea project.  The black and white photograph next to me is titled, Hide Openly, and that composition is a part of my  많은 사람들 중의 하나 - One Among Many People.  The 많은 사람들 중의 하나 - One Among Many People project can be seen on my website here.
There is still time to visit the exhibition venue, though it must be done soon, because the exhibit concludes this coming Wednesday, October 31, 2012.  Yes, it is too short an event for the quality of the photographs on display.  The good news is the building appears to remain open until very late at night for visitors.