Photography at McKenzie House in Suncheon

I was very pleased to have been able to place my photograph, Dwindling, at the McKenzie House restaurant in Suncheon recently.  The master chef, Sue, who is one of the nicest of all the people I have had the privilege to meet, told me that the photograph will be moving around a bit in the restaurant in order to interact with the other photos there. 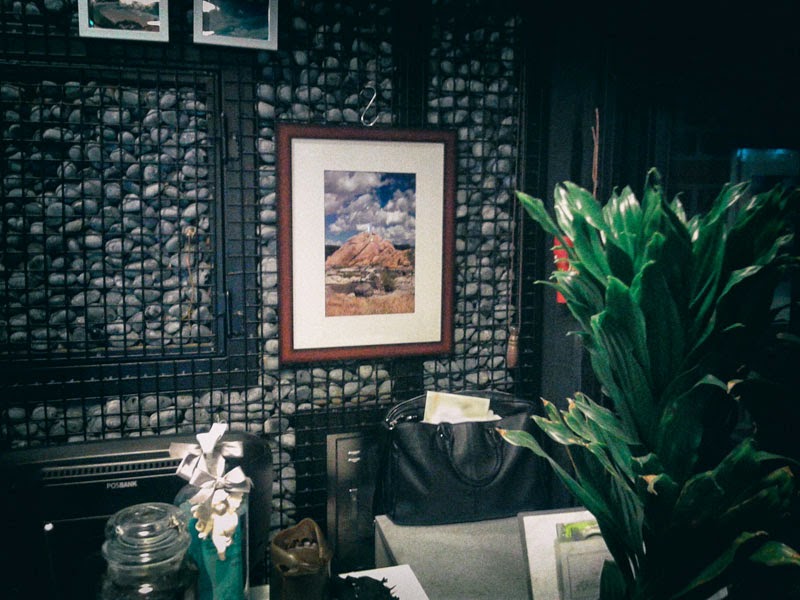 If you like good food, photography, coffee, and people, then I suggest visiting McKenzie House.  When you drop in, be sure to say hello to Sue.  She will always have a smile and a kind word to share with visitors. 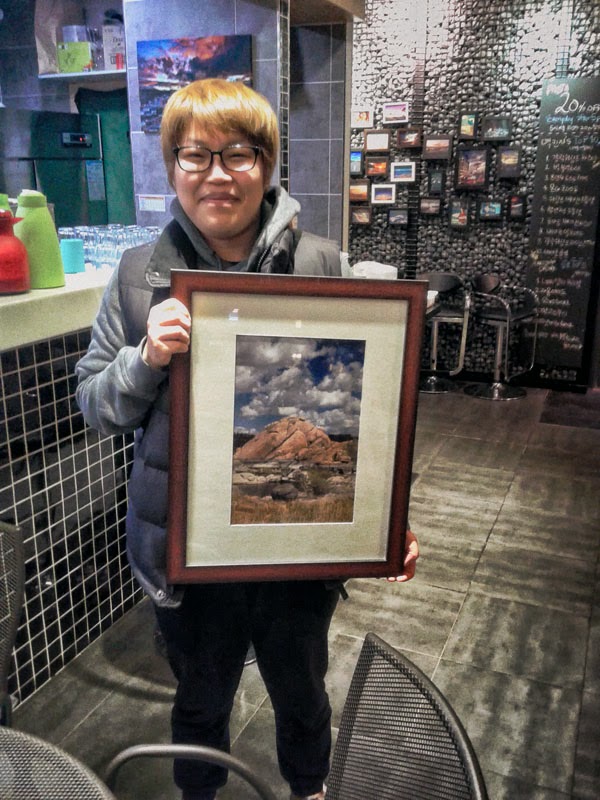 A few years ago I submitted Dwindling to the International Color Awards photography competition.  It earned a Nominee in Nature award.  Check it out, along with the other submissions, here.

For those who are interested, I only have five prints of Dwindling remaining.

Posted by Mark Eaton at 11:39 AM No comments: Links to this post

I was wheelchair bound during the first part of my hospital stay at 순천 제일 병원.  Groggy from the pain and from the pain medication, I nevertheless ventured out of my hospital room.  At first, I only explored the nooks and crannies on my assigned floor, but then I utilized the elevators to explore the different areas of the hospital. 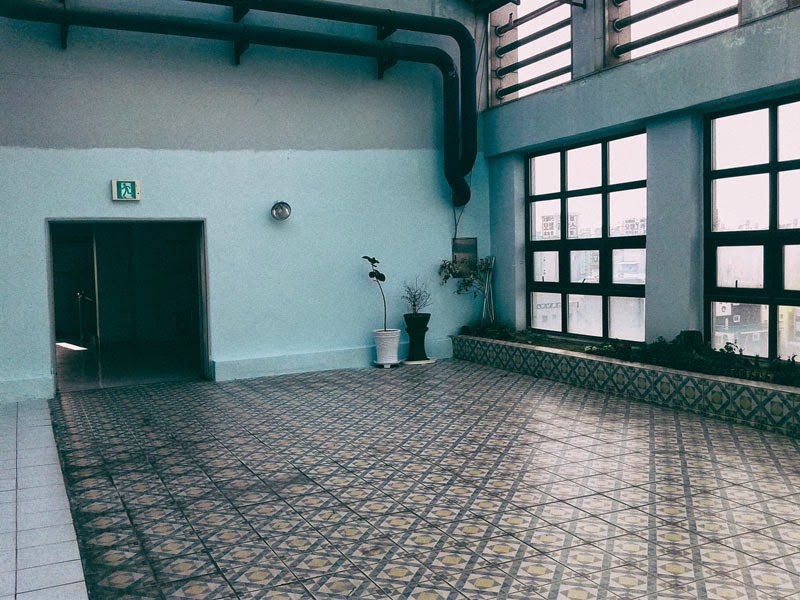 As is my nature, I would greet anyone and everyone who passed me.  The first day or so the responses were guarded, as can be expected.  It didn't take long for some fellow patients to stop and to chat.  I struggled with my Korean language skills, and they struggled with their English language skills.  No one had any place to go, so more time was spent trying to communicate.

I soon saw some patterns developing.  The male patients formed communities largely based upon room assignments.  Not much interaction occurred outside those assignments.

However, the female patients formed groups according to innate and instinctive ability that meant that a certain type of community and cohesion could comfortably exist.  Too, based upon assigned rooms, the females also ventured into other areas to interact with other female patients.  I found that three females groups existed:  1) Old Grandmothers, 2) Nice/Decent Women, and 3) Wild Women.  There was also a fourth female group, which I tabbed the School Girl Group.  Except for the bleach blond young lady who had no qualms about saying hello, the SGG members spent a lot of time peering into their phones, hence I won't discuss this group.

Due to physical abilities, the Old Grandmothers stayed mainly in their rooms except when the need to exercise or the need to use the facilities arose.  The members of the other two groups, however, were physically active and socially active.

The Wild Women were the first to approach me as I sat on the sofa in the lounge area on my floor.  It soon became apparent that no casualties would be suffered by talking to me, so I was invited into the WW room to eat some tasty Korean food that was brought into the hospital from the outside.  In Korea, it is expected that food and beverages be brought into the hospital as a way to...supplement...hospital food.  The invitation to consume the spirited beverages was always declined by me, because I didn't know how my pain meds would interact with the...spirits.  It was fairly obvious to me what the combination did for those in the WW group.

Soon afterwards, the Nice/Decent Women invited me into the room to read, share stories, and to look at art.  There was a schoolboy in my room who spoke English.  One night the both of us were invited into the N/D room so that he could do homework.  Plenty of food to eat, but without any of the spirited beverages.

After a day or so of this, one nurse or another would find a reason, not that any was needed, to come into the rooms carrying a medical tray or a clipboard that were never used.  And just as quickly out of the room they went, the entire time carrying a remarkably neutral face.

My offer to buy coffee for the nurses at their station was met with a brief discussion amongst one another.  The head nurse settled it and said ok.  I think they were a bit surprised when I returned from the downstairs coffee shop with the correct order.  The excess hamburgers or chicken I offered to the nurses, and they accepted with bright smiles.

A couple of the men did invite me into their room for a chat and for coffee.  We would greet each other as we saw progress from being stuck in a wheelchair to being able to stand upright again, though with assistance.

I want to take a moment to praise the doctors and the nurses at 순천 제일 병원.  They are competent professionals.  I was especially impressed with the nurses.  They asked pointed questions about my condition and symptoms that generated the need for further tests.  Sharp as tacks, they are.

Just a couple of more photographs of the top floor of the hospital. 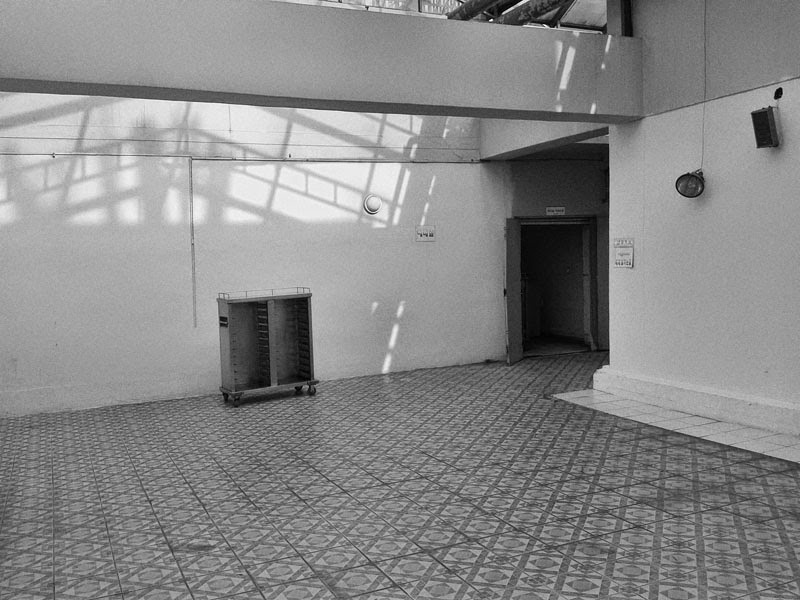 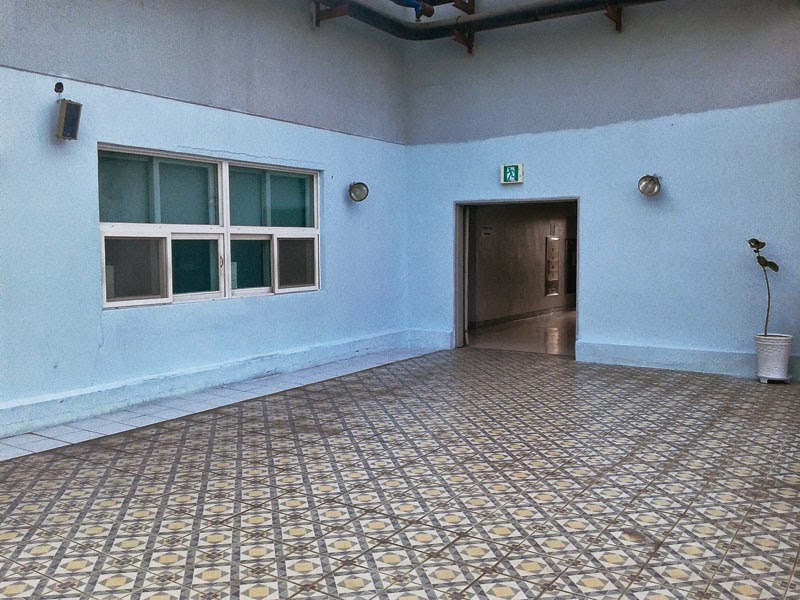 Posted by Mark Eaton at 7:25 PM 2 comments: Links to this post