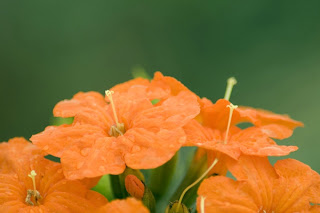 No, Flor was composed in Yucatan in Mexico, not in my flower garden here.  Nevertheless, the hope of spring is fascinating to me.  Peace and beauty, not the ugliness of mankind, captures me every single time.